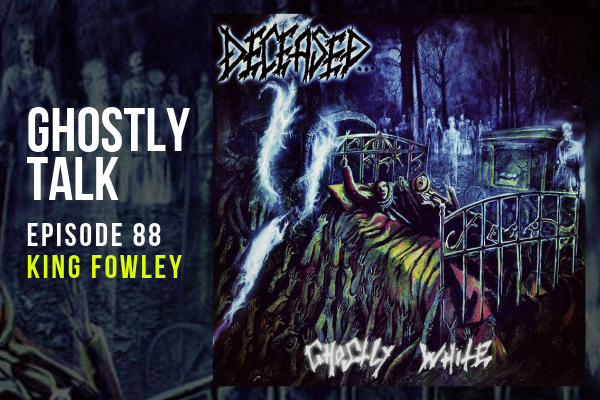 King Fowley is one of death metal’s forefathers and the founder of the legendary death metal band DECEASED and old-school metal troupe OCTOBER 31.  Fowley, who is known the metal world over, as one of the most ardent fans of true metal, has always been one of the most vocal, upfront figures and never pulls any punches when asked of his opinion. He has been tearing the music world asunder for almost three decades and has a life that he has lived to the fullest. Fowley’s life story is chronicled in Stay Ugly: The Life and Near Deaths of King Fowley, chronicling Fowley’s early days, how DECEASED formed, the D.C.- area metal scene of the mid-’80s, and how King escaped death multiple times. King nearly died from a horrendous blood clot, survived a stroke and kicked drugs and alcohol, two addictions that had a complete stranglehold on him.