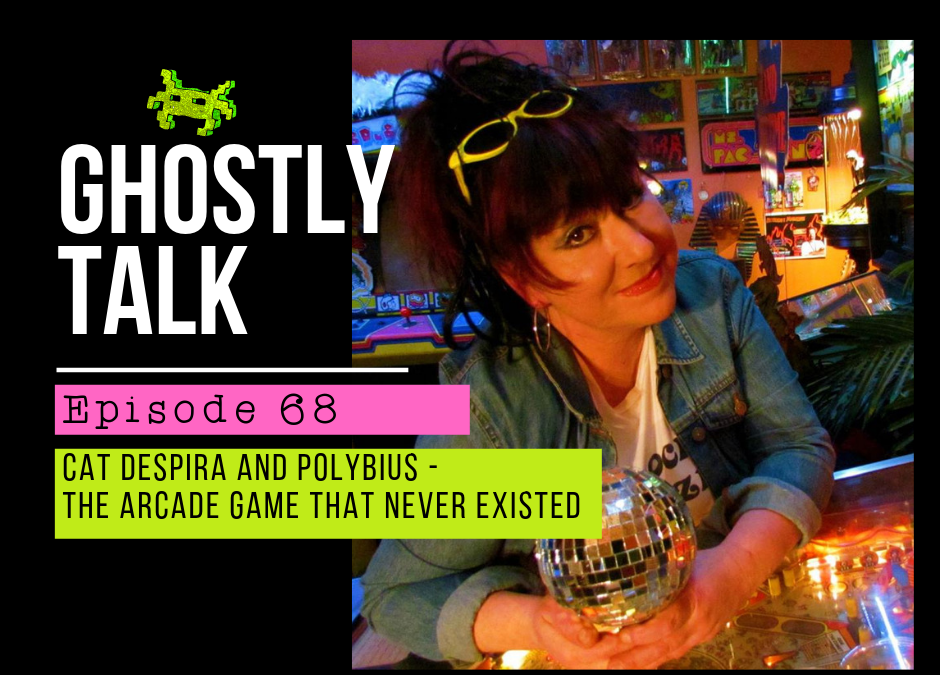 We talked to arcade game historian and enthusiast, Cat Despira, about the urban legend of Polybius, the 1981 game that never existed. Not only did people believe it existed, but they believed it impacted them in negative ways. Was this game an example of false memory or the Mandela Effect? Were early video games government experiments? How did the legend even get started and why do people continue to believe in its existence?

Bio
Catherine Despira is a writer and historical researcher with a deep interest in urban legends, unsolved mysteries and 20th century pop culture. DeSpira was featured in the 2013 documentary film, “The Video Craze: Where Were You in ’82” and in the dramatic podcast series, “The Polybius Conspiracy”. A classic arcade game collector, DeSpira believes every room dreams of becoming an arcade.