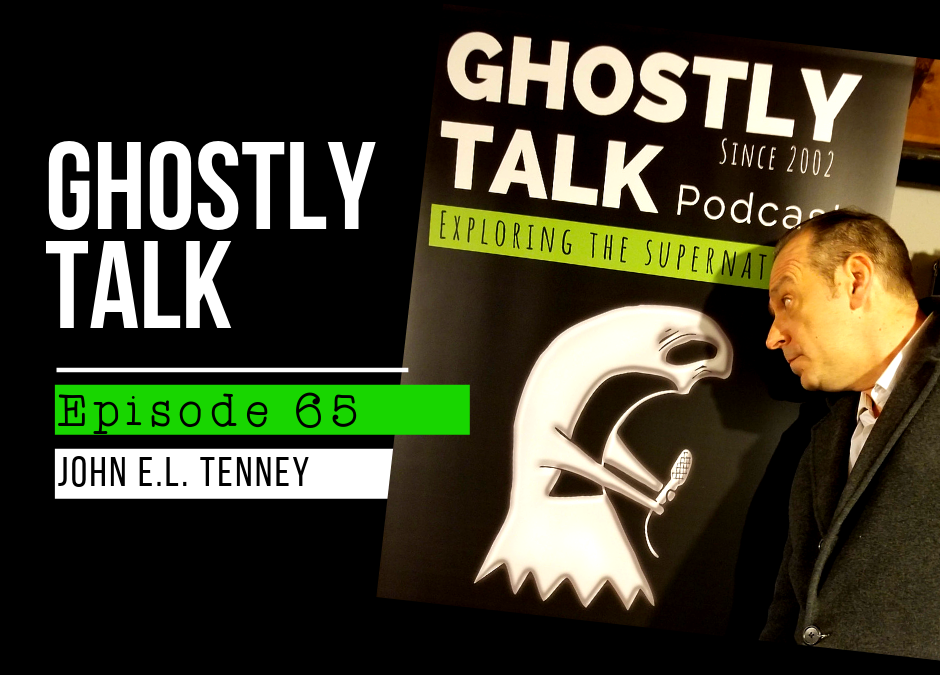 After a guest canceled on us, our pal John E. L. Tenney stopped by the studio to save the day. It’s easy to just turn on the mics and go with John. We talked about all kinds of awesome and ended on a mind-melting paranormal note.  John encourages everyone to “diversity their weirdness,” and to keep expanding their thoughts beyond the next. Buckle up because this is a fun one!

Bio –
John E.L. Tenney is one of the most well-recognized and highly sought-after investigators of UFO, Paranormal and Occult phenomena in America. Mr. Tenney has been actively involved in the field of anomalistic, conspiratorial, occult, UFOlogical, and paranormal research for almost three decades. It is estimated that, over the past 29 years, more than 90,000 people have attended one of John’s signature “Weird Lectures.” John E.L. Tenney’s columns and articles have been printed in magazines and newspapers worldwide, and he has lectured to numerous public and private schools, universities, organizations, and clubs.

The author of over a dozen books, Mr. Tenney has also been interviewed extensively on radio and television worldwide. Mr. Tenney created and hosts the podcasts “Reel Lost” and “Realm of the Weird” which Real Detroit Weekly awarded, across multiple years, “Detroit’s Best Podcast”. Aside from his lectures and due to his extended time involved in occult research he has acted as a consultant for numerous companies including, but not limited to: NBC, A&E, Fox, SyFy, The Detroit Free Press, Huffington Post, Men’s Health, The New York Times, and Wall Street Journal. He has worked on numerous television shows including Unsolved Mysteries, Sightings, Very Scary Stories, Paranormal State: The New Class, Ghost Stalkers, Paranormal Lockdown, and Kindred Spirits.

Aside from his time investigating unusual phenomena John is also an accomplished painter, musician, and humorist. As a musician, John has performed with musical acts such as Social Distortion, Agent Orange and Kid Rock. His paintings can be found on display throughout the country and have been featured at numerous art openings across America. In 2008 Tenney started his first comedy podcast The Oddist, which won Best Podcast in Detroit in 2010. Since that time he has created and appeared on a number of other comedic podcasts. He routinely performs stand-up comedy in and around Detroit.

Download here, stream below or use your favorite podcast app to listen. Like the show? Give us a glowing review somewhere! We’d appreciate it.