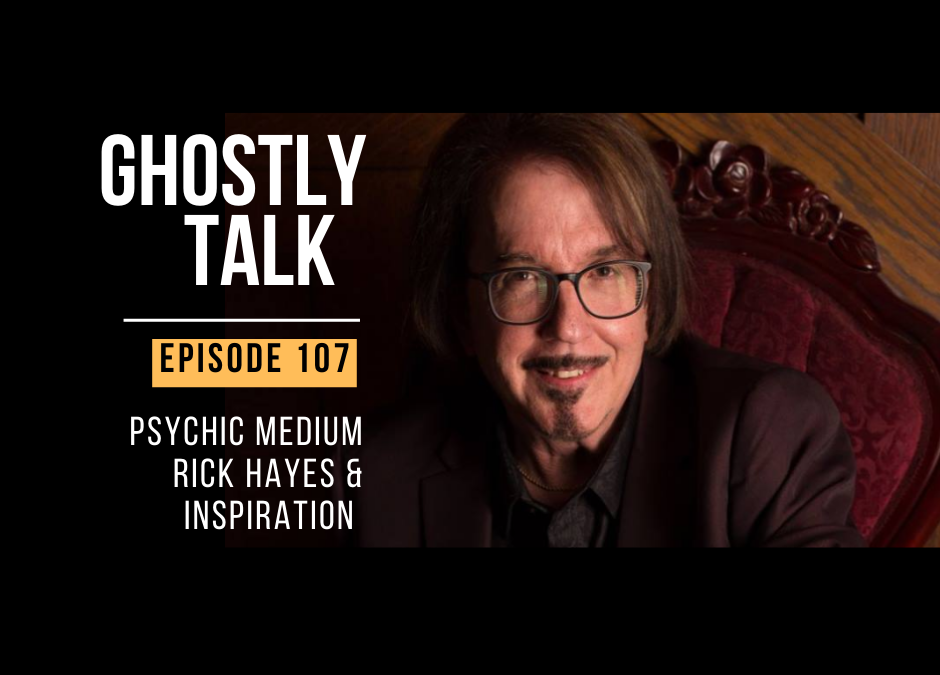 Psychic Medium Rick Hayes joined us for a conversation about inspiration, something everyone could use more of, especially if you’ve set goals and resolutions for the new year. We met Rick around 2007 and he’s just one of those guys that’s wonderful to be around. So hopefully this show gives you a little “push” to start something you’ve always wanted to do.

Rick Hayes is the founder of LifesGift, Inc., an association that supports his consultation and speaking engagement services. As a psychic medium and life consultant with unique abilities that have been recognized worldwide, Rick consults on a daily basis with those that have questions on life and life continual. As a speaker and lecturer, Rick has shared his inspiration and enthusiasm to thousands since 2003. His published books include ‘Stepping Stones –Thoughts Along Life’s Path’ and ‘You’re Not Crazy, You Have A Ghost’. His articles appear in numerous print and online publications. Rick has also made appearances on The Travel Channel, SYFY Network, Destination America, Chiller Channel, Fox Television, CBS Radio, and Sirius Satellite Radio and was featured in the docu-film ‘The Possessed’ and ‘Soul Catcher’ on the SYFY Television Network.