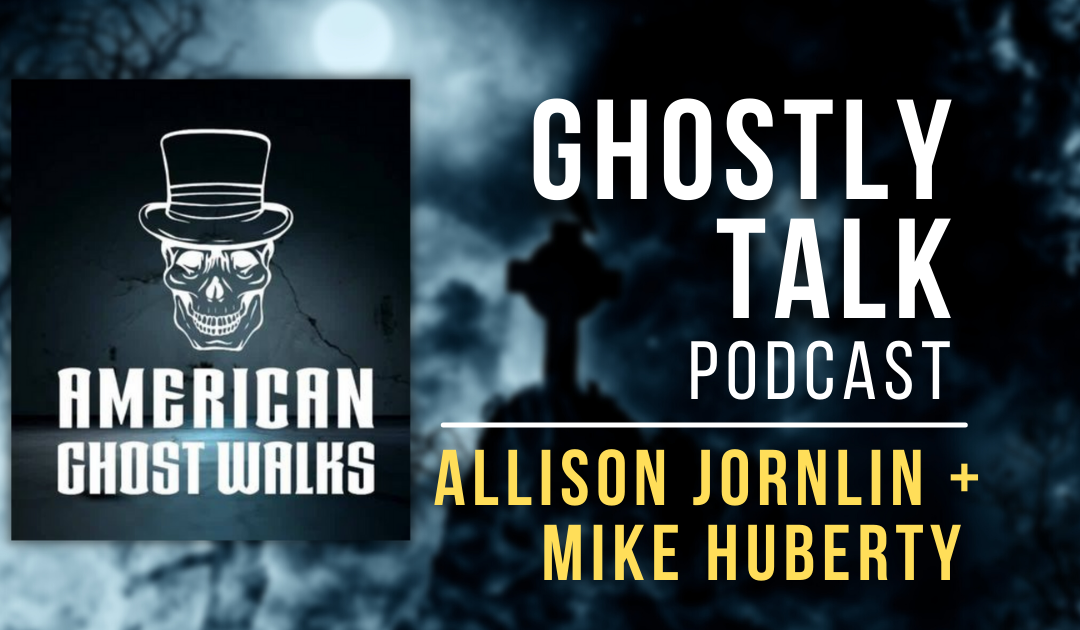 Allison Jornlin and Mike Huberty join us to talk about their journey into the paranormal, their experiences, and owning a paranormal tour company, American Ghost Walks.

Bio:
Allison Jornlin: Allison Jornlin has been investigating strange phenomena for more than 20 years.  Inspired by Chicago’s Richard Crowe, who kickstarted U.S. ghost tourism in 1973, she developed Milwaukee’s first haunted history tour in 2008. Allison currently works as a professional weirdo, speaking throughout the U.S., writing for a variety of publications, and developing haunted history tours for American Ghost Walks. She has also been featured in the media including an appearance on the CW’s “Mysteries Decoded.”

Mike Huberty: In 2010, Mike founded a tourism company called Madison Ghost Walks dedicated to preserving the Wisconsin capitol city’s history and folklore, as well as showing people a great time around the city. Today, Mike has expanded his mission to 6 U.S. states including California, Puerto Rico, and even Hawaii. Mike performs in the Wisconsin Rock Band Sunspot and is the co-host of the See You On The Other Side podcast with pop culture and paranormal themes. He has also been featured on the BBC and TRVL Channel’s “In Search of Monsters.”