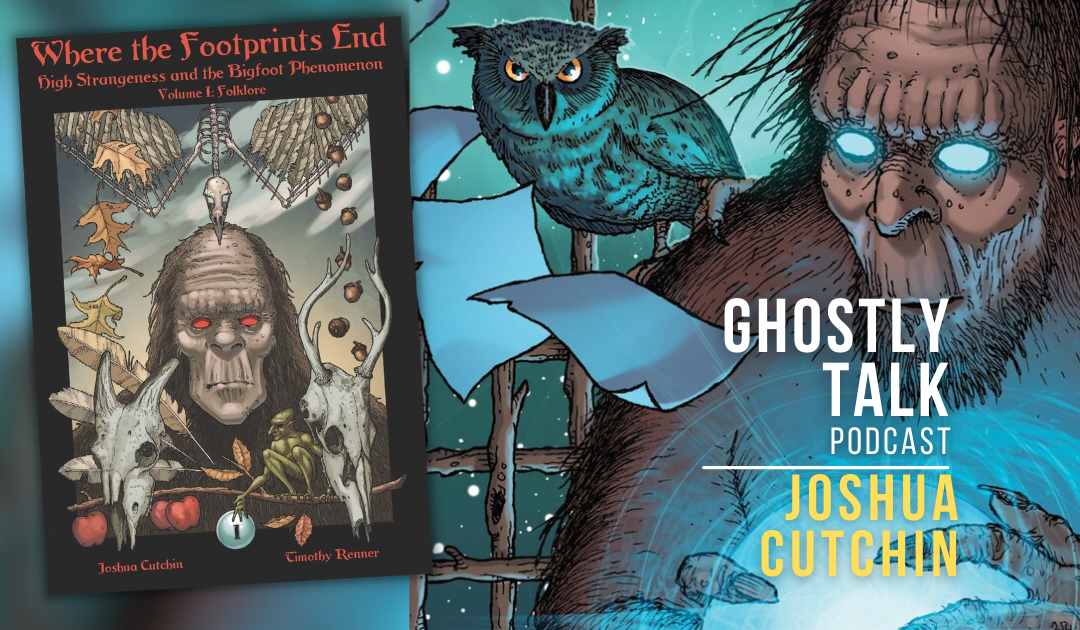 Don’t take Bigfoot seriously? You may have a different opinion after listening to our conversation with Joshua Cutchin. In his books, “Where the Footprints End: High Strangeness and the Bigfoot Phenomenon,” Volumes I & II,  co-authored with Timothy Renner, the connection between hauntings, UFOs, Fairy folklore, and even poltergeist phenomena, and Bigfoot are explored.

Joshua is currently the author of five books:

“A Trojan Feast: The Food and Drink Offerings of Aliens, Faeries, and Sasquatch”
“The Brimstone Deceit: An In-Depth Examination of Supernatural Scents, Otherworldly Odors, & Monstrous Miasmas”
“Thieves in the Night: A Brief History of Supernatural Child Abductions”
“Where the Footprints End: High Strangeness and the Bigfoot Phenomenon”, Volumes I & II, with Timothy Renner.
2022 will see the release of “Fairy Films: Wee Folk on the Big Screen”, a collection of essays of which he is editor and a contributor.